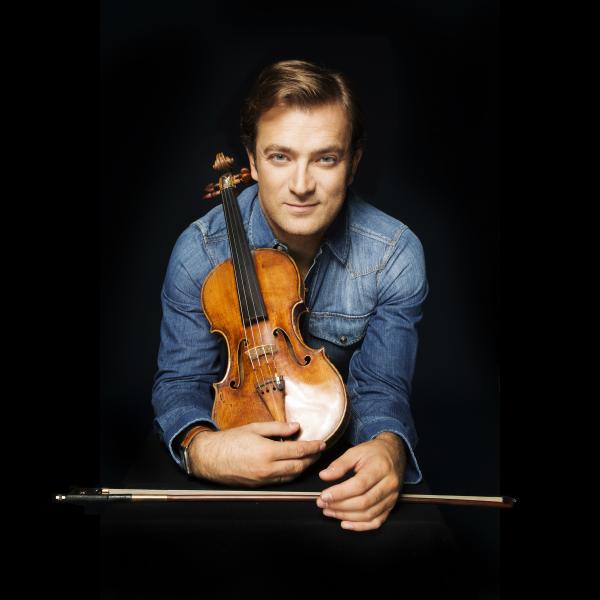 He has notably performed at festivals in Berlin, Lucerne, Verbier, Aix-en-Provence, La Roque d’Anthéron, San Sebastián, Stresa, Salzburg, Edinburgh and Tanglewood. He also represented France in some of the most prestigious international events: in 2018-2019, he performed with Yo-Yo Ma under the Arc de Triomphe for the commemoration of the Armistice in the presence of more than 80 chefs state; he also played at the G7 summit in Biarritz. Renaud Capuçon is the artistic director of two festivals: the Gstaad Music Summits, since 2016, and the Aix-en-Provence Easter Festival, which he founded in 2013. His engagements with orchestra in 2019-2020 include concerts with the Bayerischen Rundfunks Symphony, the Filarmonica della Scala, the Wiener Symphoniker, the Israel Philharmonic Orchestra, the Czech Philharmonic Orchestra, the London Philharmonic Orchestra and the Chamber Orchestra of Europe. He toured the United States with the Budapest Festival Orchestra and produced a world violin concerto by Michael Jarrell with the Tokyo Symphony Orchestra. He will perform in recital at the Salzburger Festspiele, Musikverein and Wigmore Hall; he will play the complete cycle of Beethoven’s trios with Gautier Capuçon and Frank Braley and will record all of Mozart’s violin and piano sonatas live with Kit Armstrong. Renaud Capuçon has built a large discography and records exclusively with Erato / Warner Classics. His recent publications include Bach sonatas with David Fray, Dvořák and Tchaikovsky trios with Lahav Shani and Kian Soltani live from the Festival d’Aix, Bartók’s two violin concerti with the London Symphony Orchestra and François-Xavier Roth , a Brahms and Berg disc with the Wiener Philharmoniker and Daniel Harding and works of chamber music by Debussy. His disc Au cinema, including a selection of film scores, was released in October 2018 and received great critical success.

In 2017, Renaud Capuçon founded a new ensemble, the Lausanne Soloists, composed of current and former students of the Haute École de musique de Lausanne, where he has been a professor since 2014. In July 2019, he became the artistic director of the International Menuhin Music Academy, resident orchestra of Le Rosey. In 2020 he was elected conductor and artistic director of the Lausanne Chamber Orchestra from 2021-2022, for four seasons, succeeding Joshua Weilerstein.

He plays the Guarneri del Gesù “Panette” (1737) which belonged to Isaac Stern. He was appointed Knight of the National Order of Merit in June 2011 and Knight of the Legion of Honor in March 2016.