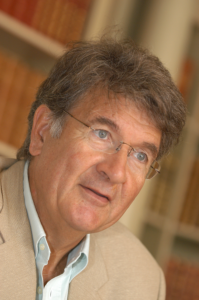 Music brings us back to the source of our emotions beyond all our differences. To lead exceptional young talents from all over the world to fulfill themselves in it and to transmit the humanist heritage of the founder of the Academy, Lord Menuhin, is our goal.
By creating the International Menuhin Music Academy in Gstaad in 1977, Yehudi Menuhin (1916-1999) wanted to bring together young musicians from different cultures, offer them very high level musical education and the possibility of performing together regularly on stage.

Since 2015, the prestigious Le Rosey Institute has hosted the Academy on its campus in Rolle as the resident orchestra of the Rosey, making available the classrooms of the Paul & Henri Carnal Hall, its exceptional concert hall, the Rosey Concert Hall, as well as several services necessary for its daily life and its administration. The orchestra also performs in Saanen and Gstaad, winter districts of Le Rosey.

The originality of the Academy is to train virtuosos of the violin, viola and cello who at the same time learn to play together and in public, in renowned halls in Switzerland and abroad, in formation of chamber orchestra, thus composing a renowned Camerata: the Soloists of the Menuhin Academy.

His ambition is to allow them to appear in the biggest international competitions and later obtain coveted positions in large orchestras or to pursue a career as a soloist. It is also to make them ambassadors of a tradition of musical excellence and models for generations to come. But it is still and above all to contribute according to the wish of Lord Menuhin, through music and the humanist heritage of great classical works, to peace in the world by creating harmony, by setting the example of Camerata tolerance and union in the diversity of cultures. This is why making an act of solidarity by providing musical support to charities and humanitarian causes is also a mission of the Academy.

Finally, we should thank the patrons and sponsors who chose because they shared our values of supporting, oh so generously and for some anonymously, the existence and influence of our Academy.